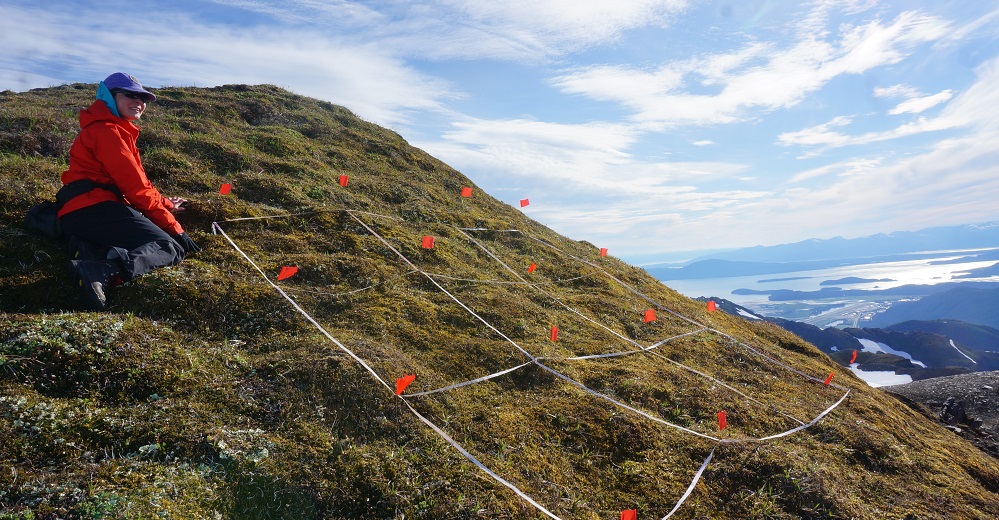 Inhabited by cold-adapted species, alpine environments are especially vulnerable to climate change. In 2001, an international team of researchers in Vienna, Austria formed the Global Observation Research Initiative in Alpine Environments (GLORIA) to document changes in vegetation and ecosystem stability in high altitude environments. From alpine ecosystems in high deserts to polar regions, the GLORIA network spans over 60 sites across 6 continents. At each monitoring station, three to four summit sites at different elevations on the same mountain are selected and monitored with soil temperature loggers and long-term vegetation plots.

In Southeast Alaska, alpine environments are often windswept, challenging places with unique plant and lichen communities. Climate change affects alpine areas in a number of ways, and these ecosystems are undergoing change more rapidly than surrounding lowland areas. Warming trends are supporting the growth of trees and shrubs at higher elevations, moving the treeline up. While precipitation is predicted to increase in southeast Alaska, it is also likely to increasingly shift from snow to rain. These intersecting shifts in temperature and precipitation are driving changes in alpine plant and lichen species abundances and distributions. To better understand these changes, ACRC, the US Forest Service, the US Fish & Wildlife Service, the Alaska Department of Fish and Game, and the University of Washington Herbarium led an effort to install a GLORIA site in the mountains outside Juneau. It’s one of only three GLORIA sites in the state, and the only long-term alpine monitoring station in southeast Alaska. In 2017, the initial set up work for a site was conducted on Blackerby Ridge. Three summit sites were selected, installed with temperature loggers, and surveyed for plant identification. In the summer of 2018, the team returned to collect data on species composition and coverage, and soil temperature. 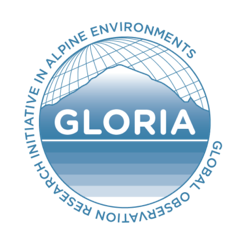