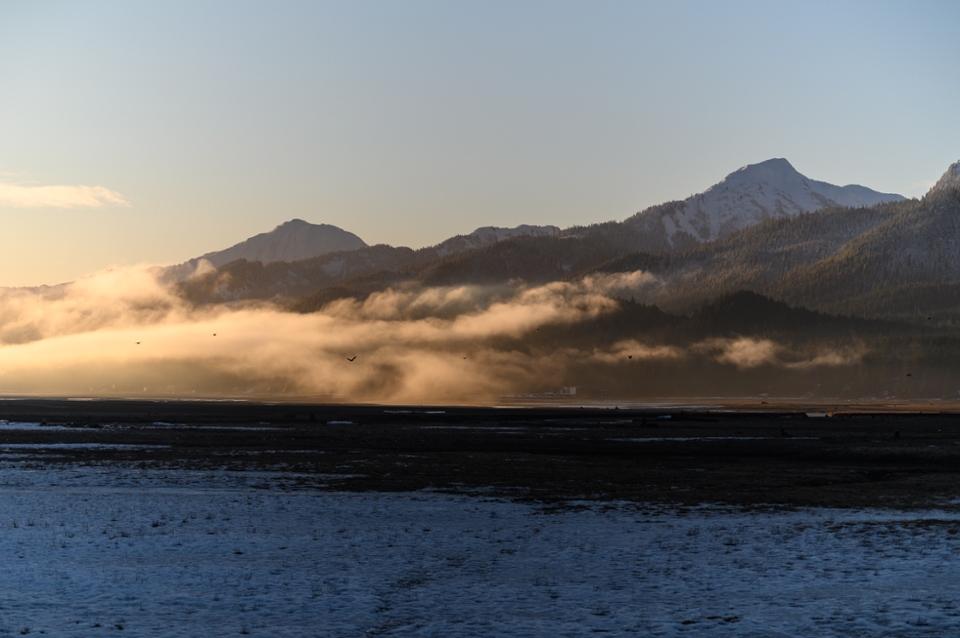 Because of Southeast Alaska's complex topography, having high-resolution climate data is all the more important to managers and decision-makers.

For the better part of a year, supercomputers at the University of Alaska Fairbanks have been running nonstop to produce a novel dataset of climate information for Southeast Alaska. Rick Lader, a postdoctoral fellow with the Alaska Climate Adaptation Science Center, is working with a team of stakeholders to create highly detailed climate projections for the region that will help managers at the USFS Tongass National Forest, Alaska Department of Natural Resources, National Weather Service, and the Alaska Department of Transportation prepare for the rapid changes in climate Southeast Alaska faces.

While the rest of the nation has had detailed, local climate projections available to use in infrastructure planning and land and wildlife management for over a decade, Alaska’s vast area and lack of historical weather data have precluded managers from access to similar data until recently. Lader was part of a team of climate scientists that produced the first regional climate models for the state at a resolution ten times higher than global climate models, from over 200-kilometer down to 20-kilometer resolution. They used a process called downscaling, which takes coarse, global-scale climate models and combines them with local weather data and physical factors like coastlines and elevation to create high-resolution climate projections.

“If you were to look at a global climate model, the Juneau area would be covered by one or two grid cells. So if you were interested in snowfall, for example, you would get the same value on top of the Juneau Icefield as you do in Downtown Juneau or on Douglas. Anyone who lives in Juneau could tell you that this isn’t the case,” said Lader.

Lader produced detailed models of the Northeast Gulf and the North, Central, and South Panhandle climate divisions over the period from 1981 through 2060. The dataset includes daily climate information at a 4-kilometer resolution, and for several selected watersheds, 1-kilometer resolution. This detail makes it possible for managers to factor climate trends, future streamflows, and extreme weather events into decisions on infrastructure design, fisheries and wildlife management, and more.

These added layers of environmental variables allow scientists and managers to study extreme weather occurrences like atmospheric rivers (multi-day, heavy precipitation events) that can cause flooding, road closures, and mass erosion. Similarly, to calculate the metrics that indicate drought, scientists need variables like wind speed, air pressure, and humidity. Lader’s early results suggest that these types of hydrological extremes (dry summers leading to potential drought, and increased atmospheric rivers in the winter) may be amplified by climate change in Southeast Alaska.

In a recent webinar to stakeholders on the project, Lader summarized his results and demonstrated some of the uses of the downscaled data. Across the range of this study, the two climate models he used suggest warmer temperatures across all seasons, more precipitation in the fall and winter, and dramatic decreases in snowfall below 1000 meters above sea level from 2031 to 2060.

“I often get the question: Why should I use this downscaled data compared to climate products that are already available and might be easier to access? The answer to that is that it really depends on what you are interested in studying. The existing products for Southeast Alaska only offer temperature and precipitation, which can often be what you need. But if you’re interested in studying a more complex hazard, where you want other variables like humidity and wind, this new dataset is what you need,” said Lader.

Lader and his colleagues are now working with stakeholders to determine the best ways to get the climate information out to potential users of the data. For more information on this project, contact Rick Lader at rtladerjr@alaska.edu.