Drought in the Rainforest 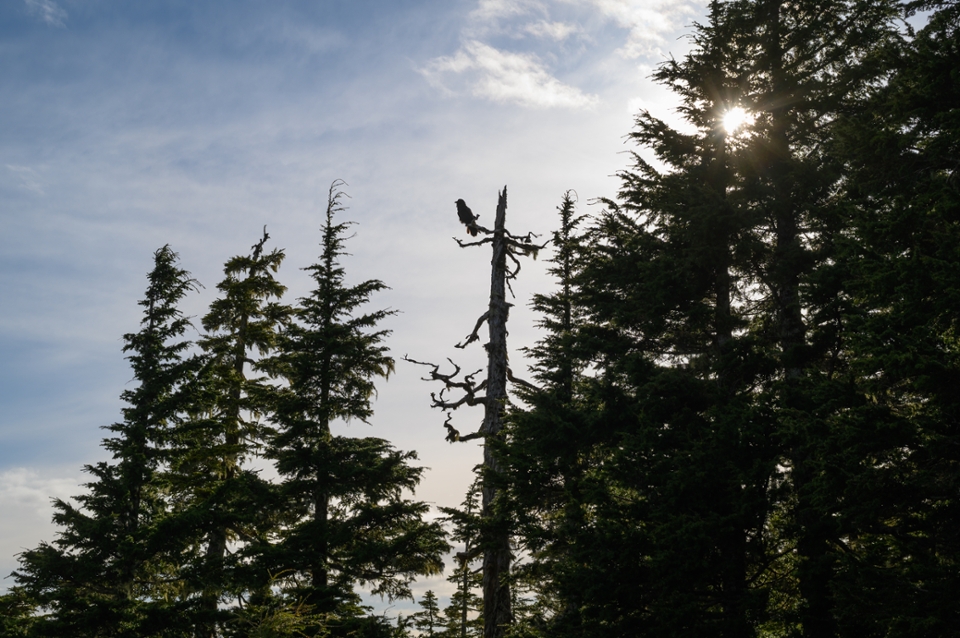 Longer stretches of clear days are hard to complain about in Juneau, but the lower rainfall levels are having an impact.

The term drought brings to mind cracked earth, forest fires, and empty river beds, but at the Southeast Alaska Drought Workshop held in Juneau this week, a different type of drought was discussed.

“All droughts are local. Droughts are defined from the perspective of the people experiencing them,” says Deb Bathke from the National Drought Mitigation Center (NDMC). 100 inches of annual rainfall may sound like an incredibly wet year to a Californian. To the citizens of Ketchikan where average annual rainfall is over 140 inches, it’s a drought.

Bathke and others came to Juneau to redefine the national definitions of drought to be more regionally specific for the southeast rainforest ecosystem. Metrics that work for drier, agricultural regions make little sense in a cool, wet temperate rainforest. Hosted by the USDA Northwest Climate Hub, the workshop aimed to help them gather information about drought impacts in Southeast Alaska, and improve their understanding of what constitutes drought in a rainforest.

In 2018, some towns in the Panhandle received less than half their normal winter precipitation. The 2017/2018 drought in southern southeast Alaska was the most significant drought during the wet season in over forty years for this area. Communities across Southeast Alaska, such as Petersburg, Wrangell, Ketchikan, relied on diesel-generated power when hydropower reservoirs were low. Record low water levels caused fish hatcheries to consider transporting millions of fish to keep them alive. In rivers without meltwater from glaciers, low rainfall raises temperatures and lowers streamflow and dissolved oxygen rates, which can affect salmon survival and spawning rates.

Communities across the Panhandle are facing the consequences. Genelle Winter from the Metlakatla Indian Community in southern Southeast Alaska spoke about the lack of water in their hydropower reservoir and increasing reliance on diesel fuel and municipal water sources. Metlakatla is looking at alternative sources of energy and solutions to limited water resources, including water conservation education in schools. “You grow up in a town where you have more water than you know what to do with, and you don’t think about [water] conservation. [We’re] trying to change behavior in a really large way over a really short time,” said Winter.

Representatives from Alaska Electric Light & Power (AEL&P), the National Weather Service, USDA Forest Service as well as local ecologists, forest health, soil, and salmon experts presented on the ecological, societal, economic, and cultural impacts of the recent drought. From altered avalanche patterns to widespread yellow-cedar decline and forests pests, the effects of the 2017/2018 drought are still becoming clear. “The old patterns are not reliable. Things are changing,” said Mike Janes, AEL&P avalanche forecaster, who is seeing more persistent weak layers in the snowpack.

“It’s not just a matter of low snowpack equals low avalanche activity. It’s a lot more complicated than that.”

The recent drought is not the first dry period for Southeast Alaska, nor will it be the last. Though drought is a normal part of every climate, trends of rising temperatures and changing precipitation patterns could lead to more variation and extreme events. Most future climate projections show significant increases in precipitation in southern Alaska, but there are still likely to be periods of low precipitation. Year-to-year climate trends are driven by persistent ocean-atmosphere patterns like the Pacific Decadal Oscillation and the Blob that are not well captured by climate models.

“The future is a bumpy ride,” says Jeremy Littel, a climate scientist for the Alaska Climate Adaptation Science Center. “What to prepare for is not the smooth curve of climate trends, it’s a combination of the expected trends and climate variability.” That is, it’s not the slow march of rising temperatures globally that is making a noticeable impact on our lives, it’s those warming trends with the added peaks and lows of natural climate fluctuations that produce extreme events like unprecedented droughts and record high temperatures.

To better understand the changes to our local climate system, we need more reliable sources of climate data. There are as many high-quality weather stations in Alaska as there are in Michigan, but Alaska is about seven times the size. Given the huge gradient and variety of topography, precipitation, and temperature characteristics in the state, more local climate data is critical to improving projections of future snowpack and climate conditions. “Observations, observations, observations,” said National Weather Service hydrologist Aaron Jacobs when asked how we can improve the understanding of what our climate future looks like. In addition to funding state and federal weather stations and monitoring sites, increased community observations through citizen science initiatives like the Community Collaborative Rain, Hail, and Snow network (CoCoRaHS), Community Snow Observations, and the NDMC drought impact reporter is crucial.

These observations vastly improve the accuracy of climate models and help drought, snowpack, and climate experts map complicated spatial variations across the landscape. “We don’t have an understanding of how bad drought gets here. We don’t have an understanding of what drought is here,” said Richard Heim, NOAA's National Centers for Environmental Information and drought map author. With coordinated efforts to document and address drought from state, federal, private, nonprofit, and university groups, that may change.