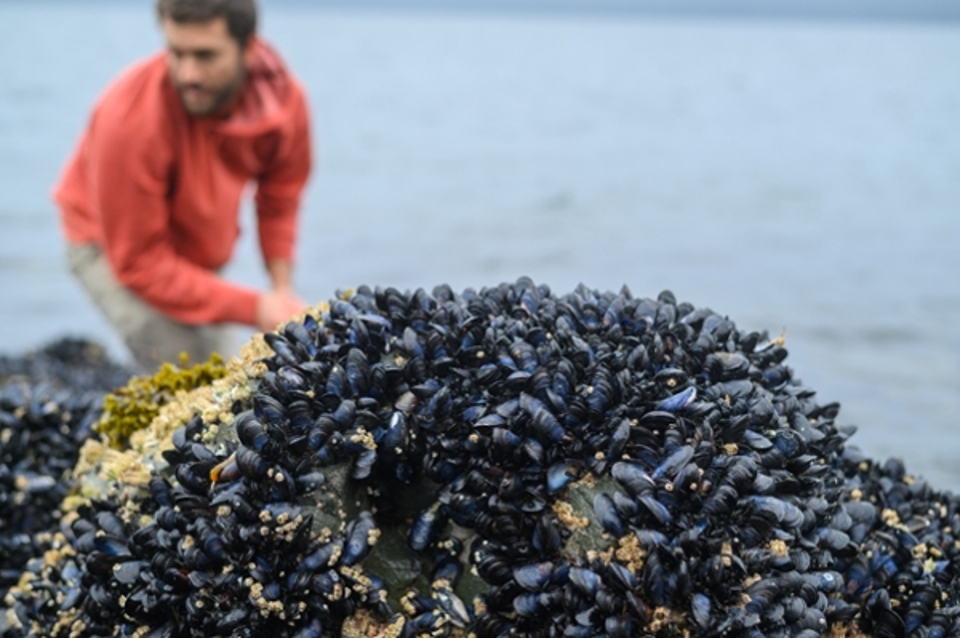 Harvesting shellfish is a practice that dates back thousands of years in Alaska, but it can also be a risky one. Toxins can accumulate in shellfish following certain phytoplankton growth bursts known as Harmful Algal Blooms (HABs), making them toxic for human consumption, causing illness and fatalities. While shellfish are often harvested in the winter and spring when phytoplankton activity is low, warming ocean temperatures have lengthened the season where HABs can occur in Southeast Alaska putting coastal communities relying on shellfish harvest at greater risk.

“While you might be able to look at a piece of meat and see it’s rotten, there aren’t any overt signs in the shellfish to say they’re unsafe. How people use traditional knowledge to determine when to stop harvesting shellfish is really interesting,” said Harley.

Harley works with the Southeast Alaska Tribal Ocean Research (SEATOR) network, a tribally organized monitoring network that has been sampling and reporting on shellfish toxin levels around the Panhandle since 2016. By combining environmental variables like temperature, wind speed, and salinity with data from SEATOR, Harley created a model that can predict the timing of Harmful Algal Blooms in Southeast Alaska. But he’ll need more data to improve the accuracy of that model. A record of the timing of the herring spawn held by the Alaska Department of Fish and Game may be the answer. 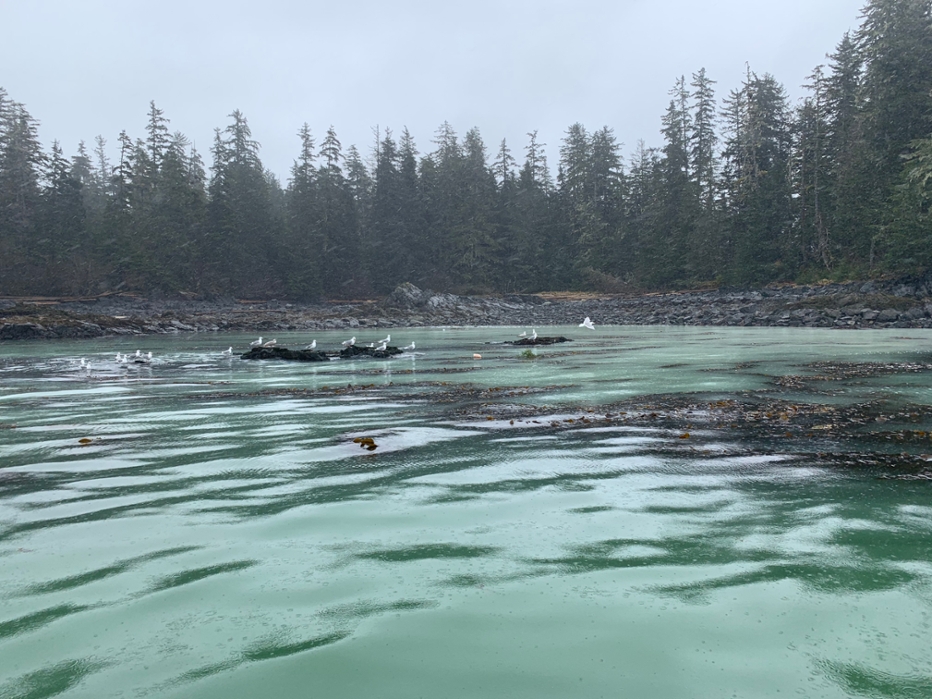 If you’ve experienced a herring spawn, there’s no mistaking it. Coastal waters clouded white with herring milt and eggs, and sea birds, ducks, and other species follow the “silver wave” of herring along the Pacific Coast each spring. For the Tribal communities of Southeast Alaska, the herring spawn is a time of celebration and harvest. For some, it’s also an indicator for the end of the safe shellfish harvesting season, before the returning warmth brings higher risk of paralytic shellfish poisoning.

The potential link between the timing of herring spawning and the start of HABs could hold the key to better predictions of future spikes in paralytic shellfish toxicity. If air or sea surface temperature drives the timing of spawning as it does Harmful Algal Blooms, historical records of herring spawns going back to the 1980s could be used as a proxy for algal blooms.

“Our hope is that it’s linked to temperature. That would be pretty informative, because that’s a driver for harmful algal blooms as well,” said Harley.

With more data on the timing of HABs, Harley’s model can help prepare coastal communities for marine food security risks posed by shorter seasons of safe shellfish harvest. Understanding whether temperature drives the timing of both herring spawning and HABs will also indicate whether these events will be linked in coming decades, or whether algal blooms may eventually precede herring spawning events and put communities relying on traditional ecological practices for safe harvest in danger.