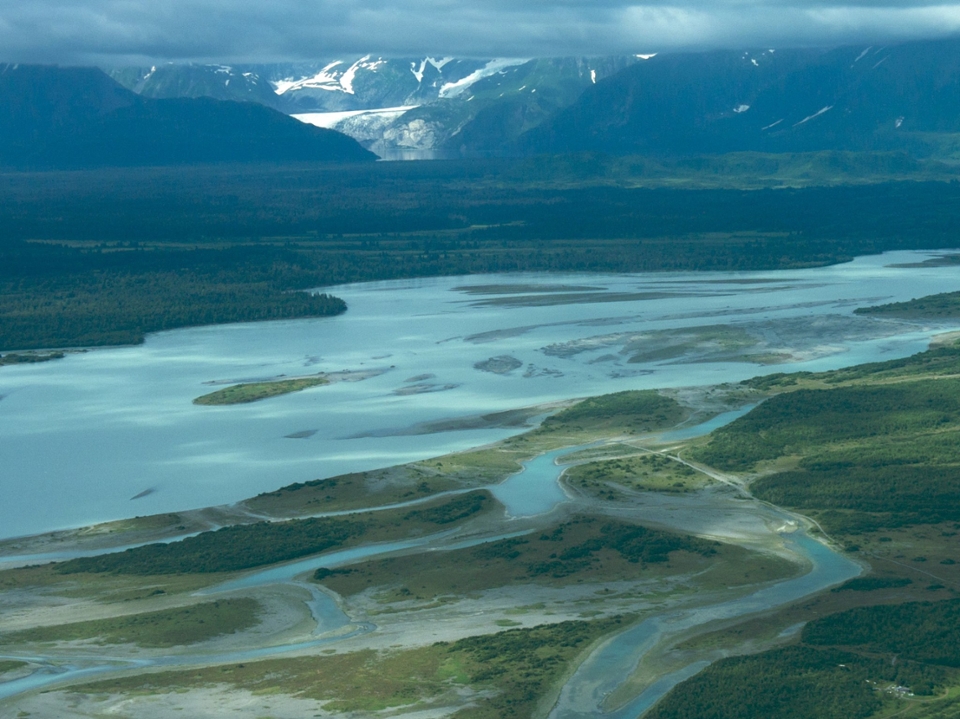 This summer I continue to work with anthropologist Doug Deur of Portland State University and members of the Yakutat Tlingit Tribe, documenting Indigenous cultural landscapes of significance to the Yakutat Tlingit community in the greater northwestern portion of Glacier Bay National Park and Preserve and adjacent portions of the Tongass National Forest. Convergence, transition, abundance, diversity, exchange, dynamism, and change are words that describe the unique forests and coastal margins of the Dry Bay-Alsek River region, now also encompassed within the Kluane/Wrangell-St. Elias/Glacier Bay/Tatshenshini Alsek World Heritage Site.

Featuring some of the most productive waters (Gulf of Alaska), distinctive glacial forelands and forests, and highest coastal mountains (Wrangell-Saint Elias range) in the world, this massive watershed. It goes by at least two general names: 1) Alséix (Where it [Alsek River] Rests, referring to the lower river and its delta), and 2) Gunaaxoo (Among the Athapascans) indicating its role as a mixing zone for trade, travel, and habitation among the coastal Tlingit and the interior Athapascans. From an ecological point of view, it is a place of great biological productivity and diversity, with a host of microclimates as you move inland, upstream, and higher in elevation.

One thing it is not, from a historical ecological perspective at least, is a “wilderness.”  Rather it is a rich cultural landscape of vast and legendary proportions, where one can find more sites associated with the ancient Indigenous trickster-worldmaker Raven (called Crow in the interior), than anywhere else in the world.  It has also been the site of several deadly natural disasters and in the future, another threat looms with glaciers in the ice field surrounding the Alsek threatening to divert the river altogether away from where it currently rests.

The original inhabitants of the region, now centered in Yakutat Hoonah and elsewhere on the coast and interior, carry a rich history of these events and continuing ties to the region. The project makes clear how these connections have evolved and been maintained over time and how other strained cultural links can be enhanced or restored through collaborative management.