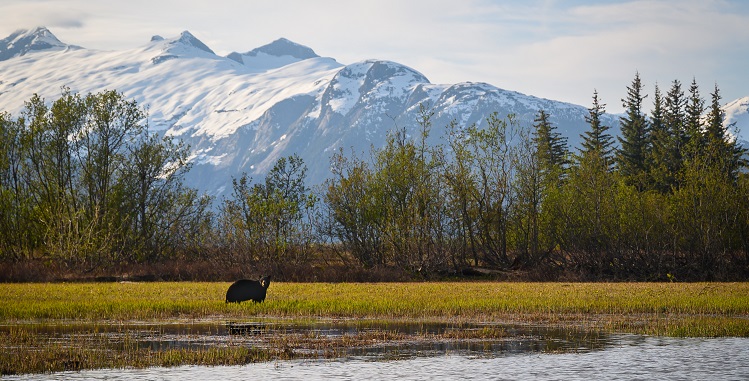 Moving northwest up the Pacific coast from California through Alaska, the variety of species of terrestrial vertebrates declines, along with a variety of other kinds of organisms such as butterflies and vascular plants. Along the way, species that require a specific type of habitat drop out, leaving mostly species that can thrive in a range of habitats at our 58 degrees North latitude, such as western toad, raven, and black-tailed deer.

While these less-specialized species may fare better as habitats are displaced and restructured under most climate change scenarios, there are many factors contributing to resilience or vulnerability of a species. The movement of competing or supporting species into and out of the region, introduction of parasites and disease, changes for migratory species, and human disturbances are some of factors species face.

These factors operate in concert. For example, recent arrival of fisher and cougar to this region—to an unknown degree climate-related—could alter many predator-prey relationships with continued expansion into the area. Changing weather conditions that bring spruce bark beetle and hemlock sawfly infestations to our forests have cascading impacts to animals living in the suddenly defoliated forest. So far, our low-diversity Áak’w & T’aakú rainforest hasn’t felt the catastrophic losses—ash, eastern hemlock—upending forests in the eastern US. But climate change is knocking. A comparable loss to our spruce or hemlock could have more sweeping wildlife impacts than in eastern forests, where one acre might host more tree species than the entire North Pacific ecoregion does. 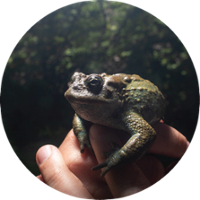 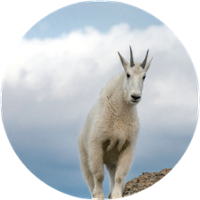 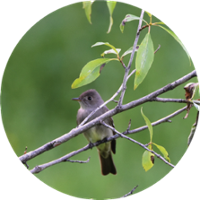 Complexity of interacting factors makes it difficult to predict response to climate change for any terrestrial species. Western toad, mountain goat, and olive-sided flycatcher are three examples of how species in the coastal temperate rainforest are impacted by climate change.

Western toad
Amphibians worldwide are canaries in the climate-change coal mine, vulnerable to decline and extinction from habitat loss and ailments like chytridiomycosis infection—both exacerbated by climate change. Beginning in the late 1980s, western toads dropped from possibly the most abundant animal in some local watersheds to a smattering of populations.1 Areas least susceptible to declines tend to be “snowholes,” such as Cowee Meadows and Taku Inlet. The fungus Batrachochytrium, for which many local swab samples have tested positive, attacks adults on shoulder-seasons of dormancy. Western toads, like yellow-cedar, may have suffered from thinning late-winter snowpack.

Mountain goat
Mountain goat—or in Lingít, jánwu—is one of the capital city’s most charismatic mammals, often observable from any downtown sidewalk between October and May. Mountain goats are habitat specialists, whose options may narrow under some climate change scenarios. Summer and winter ranges are constricted and not well connected with those of neighboring populations, leading to genetic isolation.2 Goat herds produce relatively few offspring and take longer than deer or moose to recover from dieback over severe winters.

Mountain goats are susceptible to winter-kill and avalanches, but also rely on cool summers to survive. Warming summer temperatures may reduce foraging habitat. In the series below, worst-case summer range (d) shows almost complete loss of habitat for mountain goats by 2085.

Olive-sided flycatcher
Insect-eating birds are the most rapidly declining group of birds in North America, and within this group, longest-distance migrants are faring worst. That includes olive-sided flycatcher, a species that annually commutes between Alaska and South America, whose numbers, continent-wide, have fallen by 79% since 1970. Some attribute declines of insect-hunting birds to an insect die-off driven by habitat loss, pesticides, and climate change.3

But not all arthropods are declining. Freshwater groups such as mayflies and dragonflies are increasing in many regions, due to strengthened water quality regulations.4 On their breeding grounds in Southeast Alaska, olive-sideds heavily target dragonflies born in pond-studded wetlands.5 However, olive-sideds may be nesting successfully on the northern Tongass only to struggle at their winter grounds or along their migratory route.

Worldwide, we are seeing a massive decline in insects. Over 27 years, there has been a more than 75 percent decline in flying insects in protected areas.1 Very few overall studies of insects in the Juneau area have been conducted. Entomologists at the U.S. Forest Service are monitoring the effects of certain insects, such as the hemlock sawfly, on trees in the area. The best example of the effects of climate change on insects in Juneau might be what happens to freshwater lakes and streams along our roadsides during periods of drought and high temperatures. Many aquatic insect species live in these waters and die or diminish when they dry up or reach high water temperatures. Salmon, trout, and charr in Alaska are dependent on aquatic insects as food during at least part of their life cycle. Without aquatic insects, the region would not have commercial salmon fisheries and sport fisheries would be greatly reduced. Some plants in the Juneau area, such as a couple of orchid species, are dependent on adult aquatic insects as pollinators. Many birds depend on aquatic insects at certain stages of their lives, such as the American Dippers and Harlequin Ducks that forage for food in Juneau’s streams and rivers.